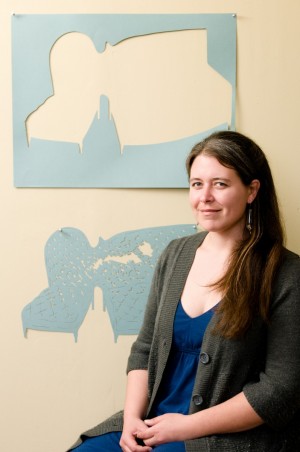 Gail Cunningham is a cut paper artist from Philadelphia, who now lives in the Hudson Highlands of New York. Cunningham began her studies as a Fibers major at the University of the Arts in Philadelphia, and finished her BFA at Oregon College of Art & Craft in Portland, Oregon in 2003. She has been working in cut paper since 2008, and has shown in this format in Philadelphia, PA, Beacon, NY, Dublin, Ireland, Wexford, Ireland, Cold Spring, NY, and Paris, France. She was selected to be an artist in residence at Cow House Studios in Ireland in 2010. Her work also appeared in Slice Magazine in 2014.